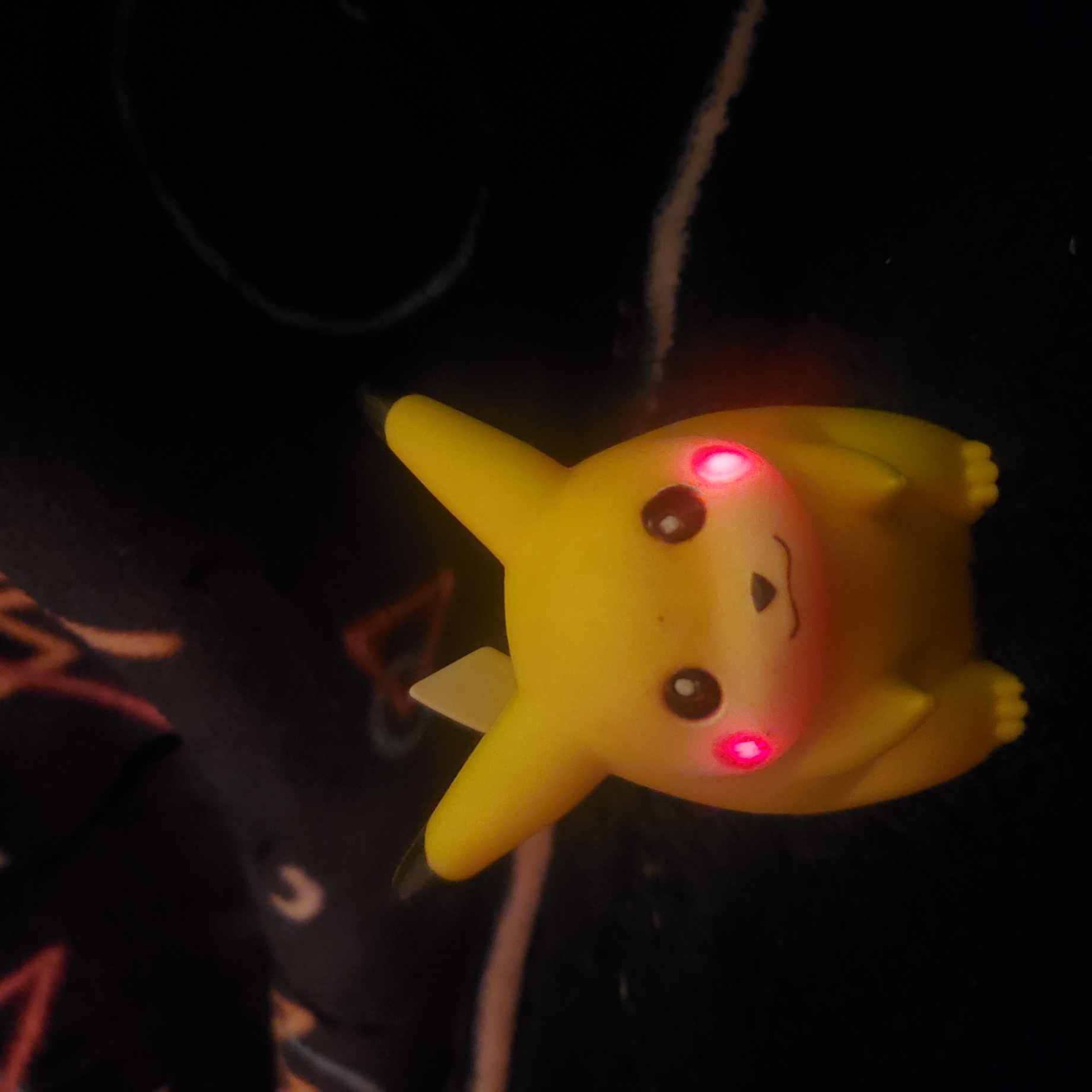 Hasbro Talking Pikachu
My grandmom got this for me at a yard sale a very long time ago, and it's a bit scuffed up. I assure you though, it was in fine condition when I got it- younger me was just really rough with their toys. He lights up and talks!! Currently takes residence sitting on top of my Nintendo 64. 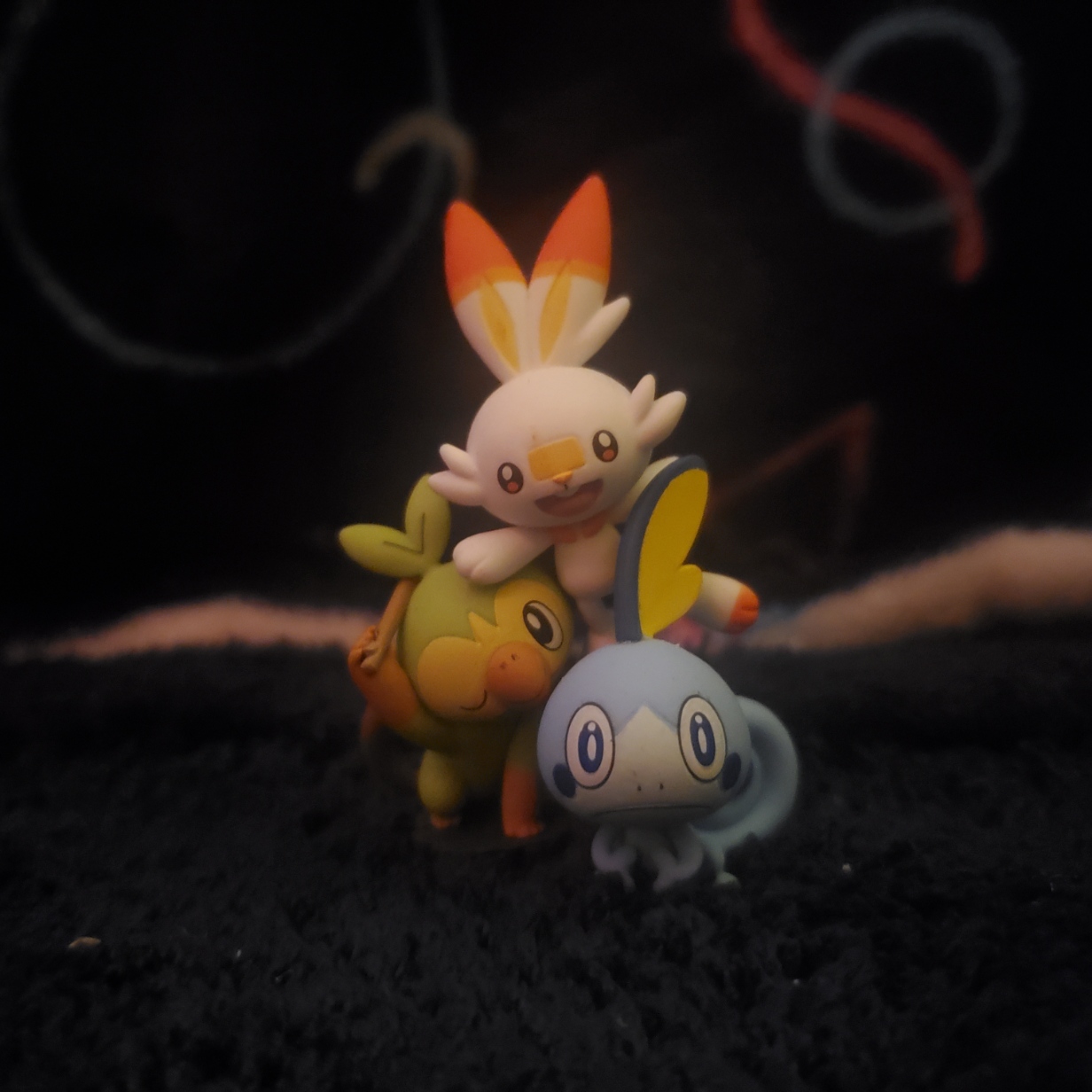 TCG Galarian Starters Figure
I used to have so many TCG figures, but this is the only one left, can you believe it? This cute little statue of the Galarian starter Pokemon came with a card box I got at GameStop a year or two ago, it's so cute! 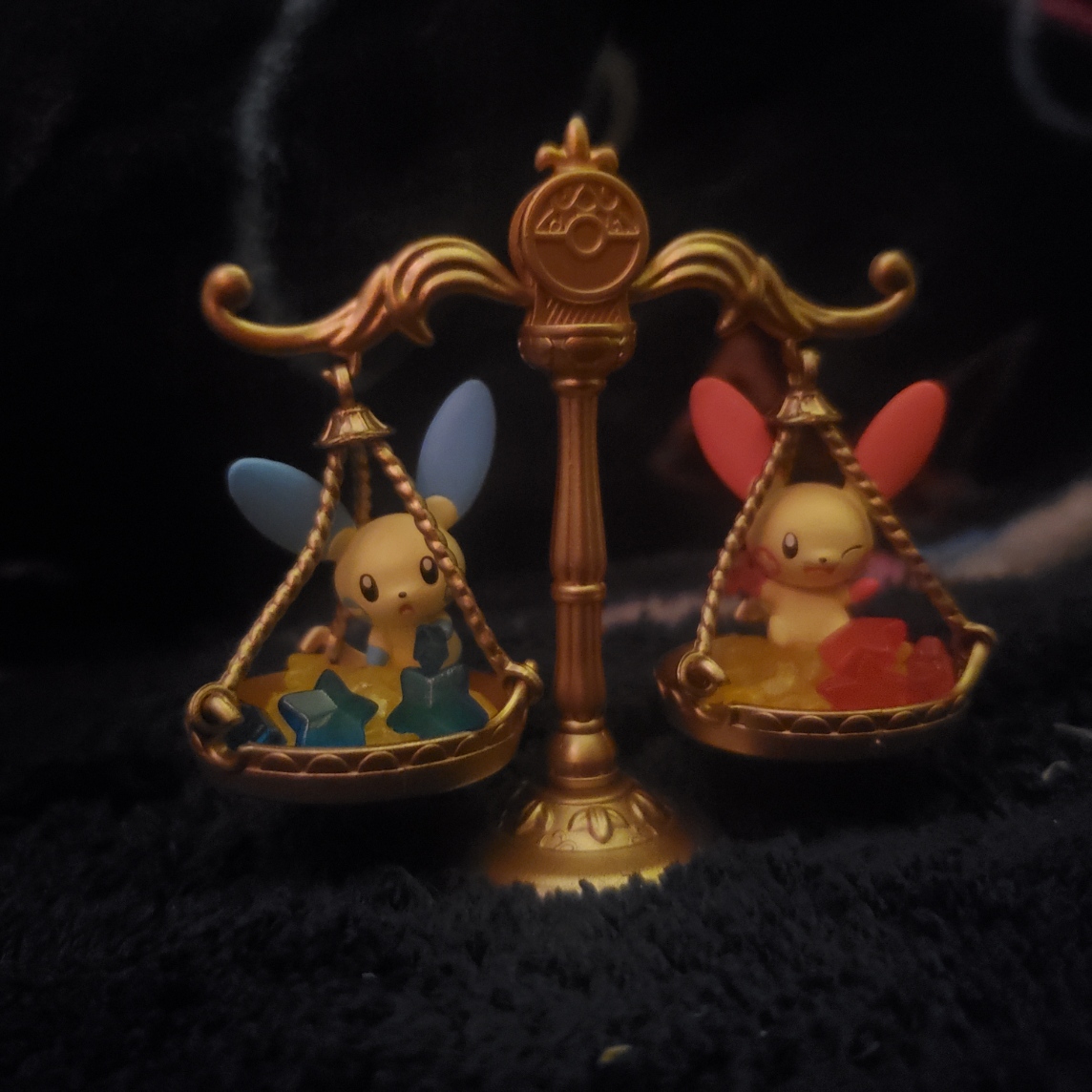 Re-Ment Starrium Plusle + Minun
Someday, I'll have enough Re-Ment figures to fill a page, but for now these little friends will go here. I got this from a group order done by someone in the Pokemon Collectors Discord, it's really tiny yet detailed. I love Plusle and Minun, and the Starrium line of figures is always so pretty. I gotta say though, I wasn't expecting to have to put this together myself. 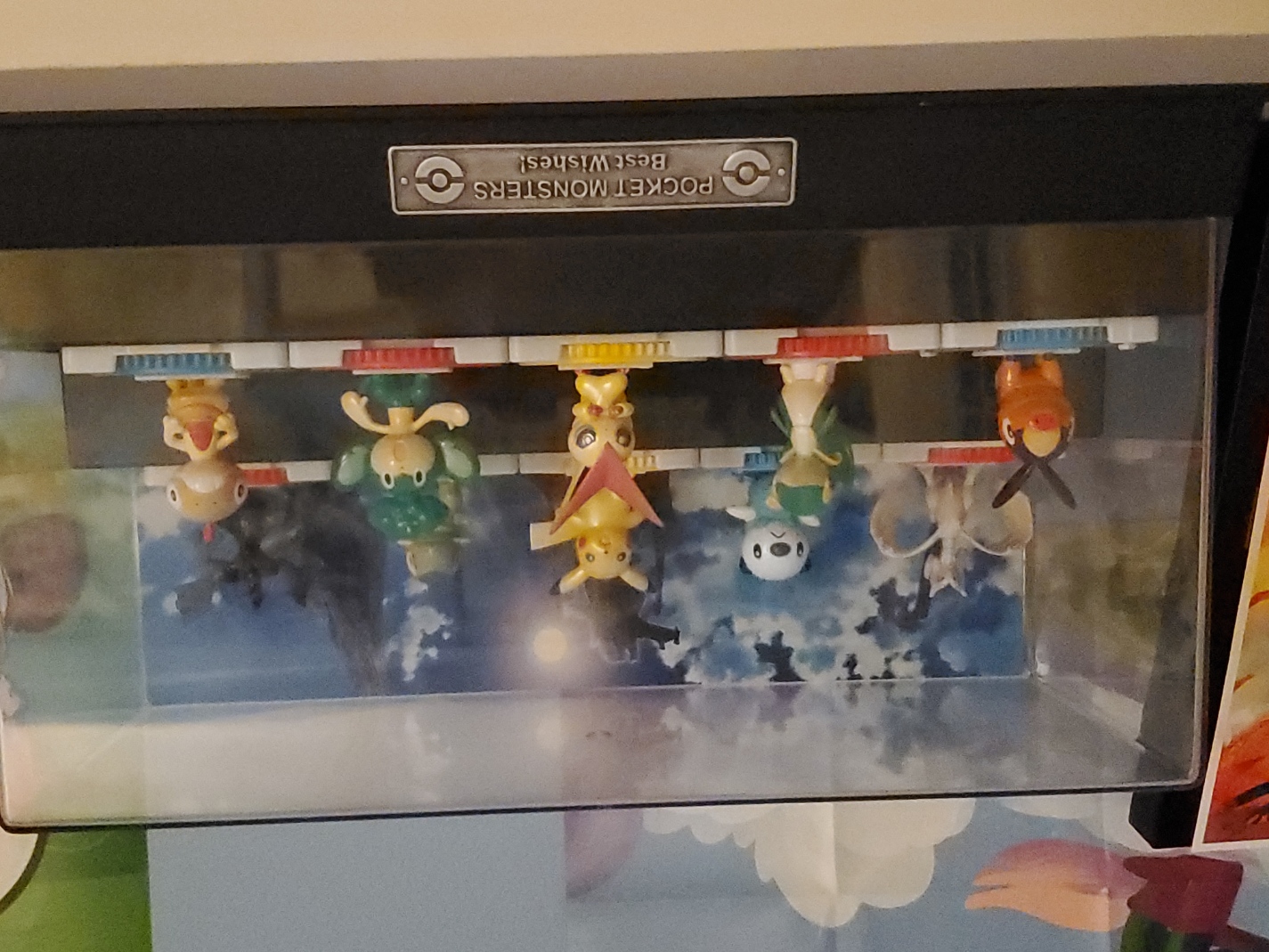 7/11 Promo Best Wishes Figure Set
I ordered this super cool set of Best Wishes figures from MercariJP! Apparently they used to be given away at a 7/11, but the figures themselves aren't anything different than the typical Moncolle/TOMY figures that I have a ton of. The Victini and Pikachu are more shiny than normal, though. They don't stand very well on their own (no pegs or anything!) so I use double-sided tape to keep them all in place. ...remind me to take a better picture.