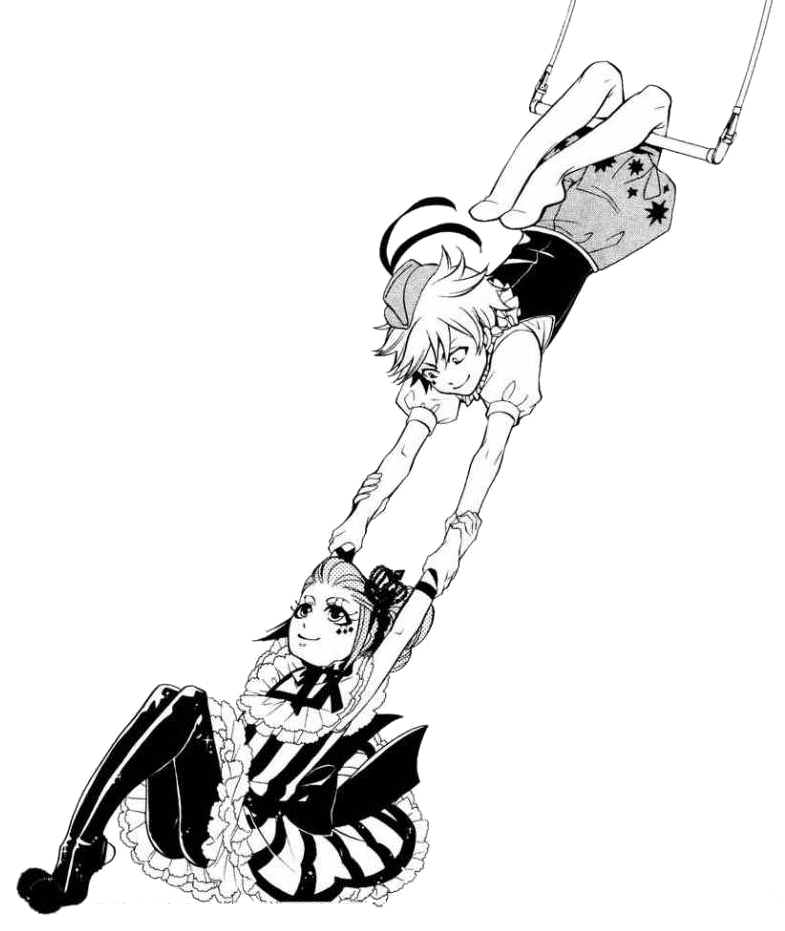 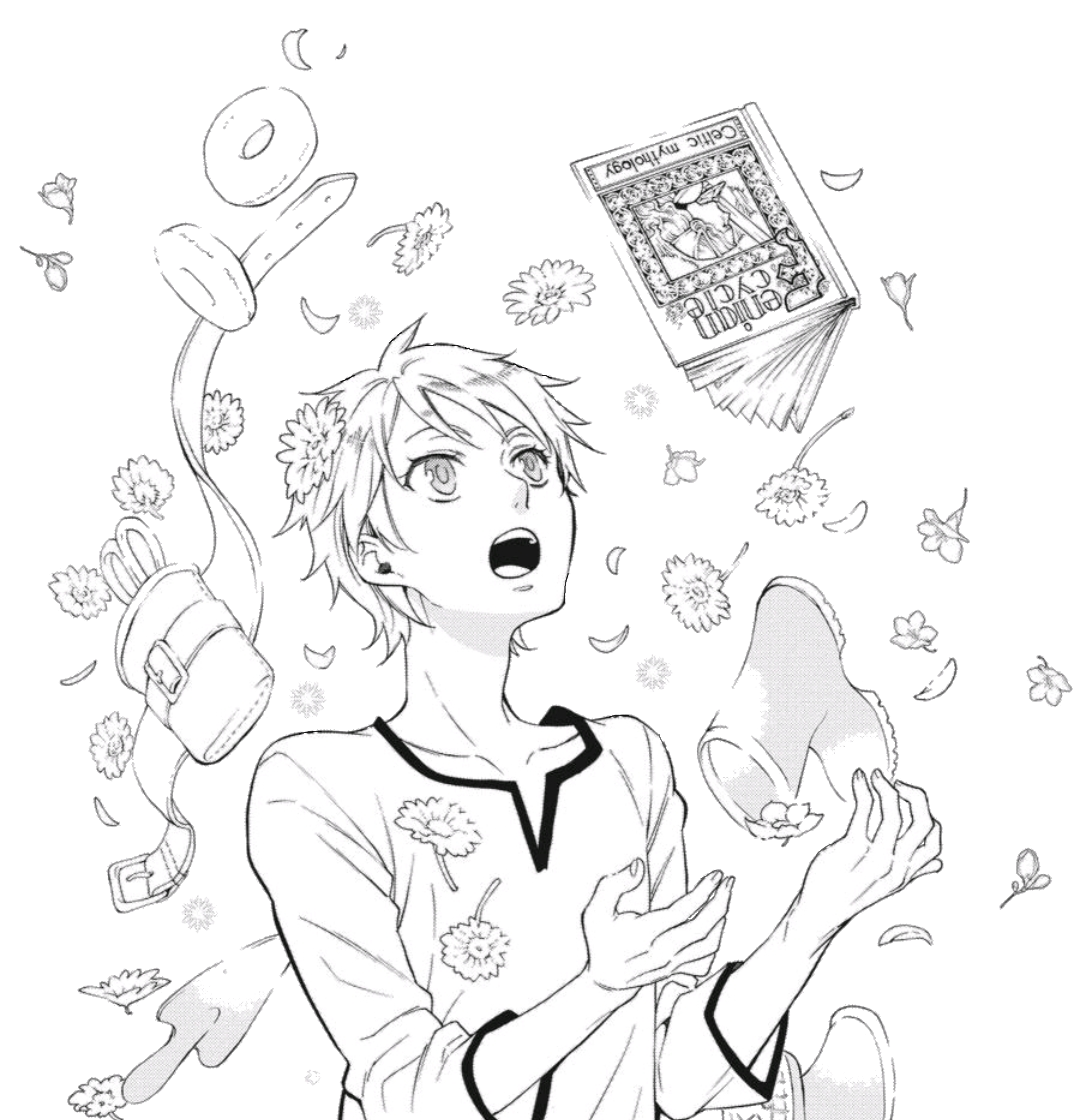 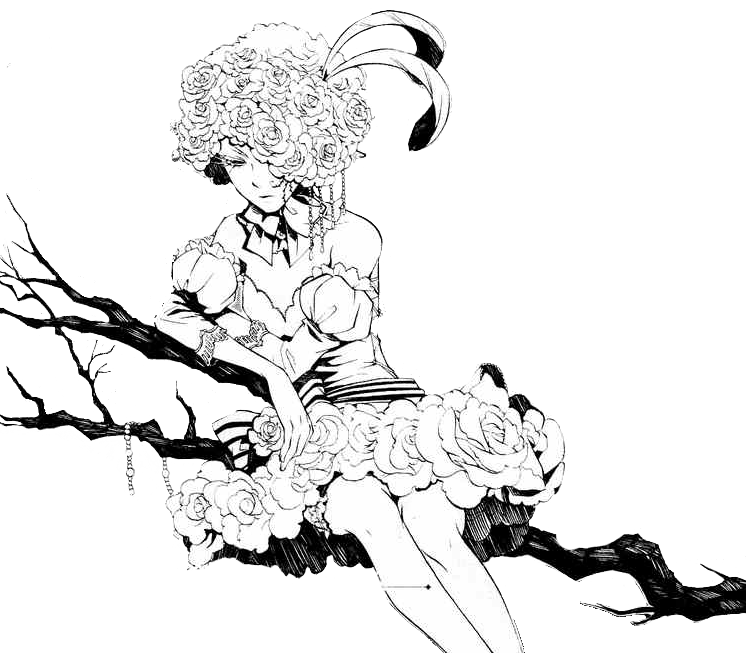 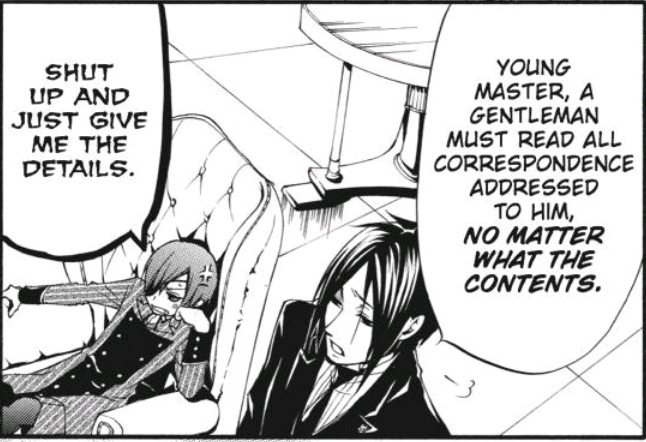 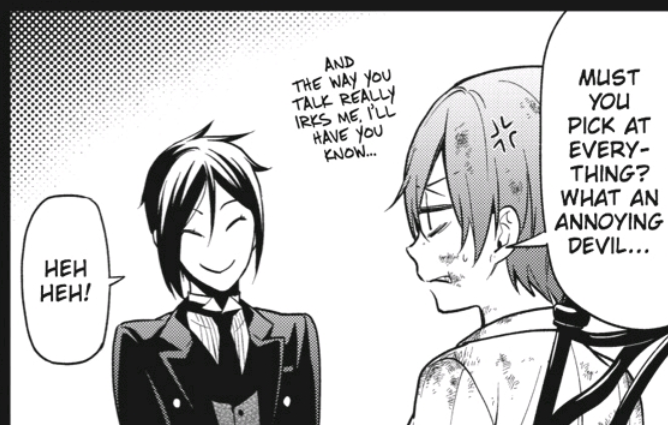 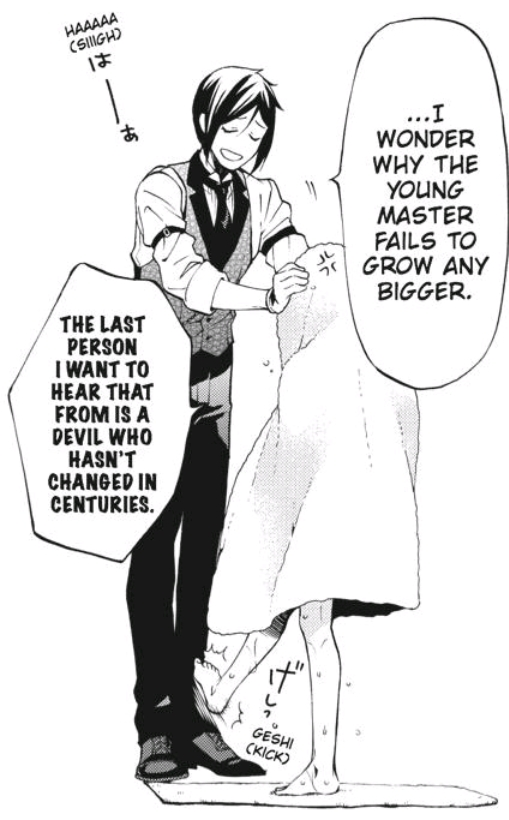 SebaCiel DNI but their dynamic is really funny to me

This series may get incredibly uncomfortable at times but you know what makes it all better?

The Phantomhive Servants are my favorite found family, they love their jobs and each other so much.

Grelle is a grim reaper who is, against all odds, canonically trans! Though, in the English adaptations, no characters actually respect her identity, despite her constant insistence upon being a woman.

She is one of the strongest grim reapers, a mass murderer, and loves red. A girlboss icon.

Grelle is an interesting character from a "meta" perspective, too. Originally, she was the main villian of the first arc- a mass murderer who killed women and took their wombs. Grelle's transness was played for laughs and shock value, and her overly flamboyant behavior and the sexual harassment she did essentially caused her to just be a stereotype. 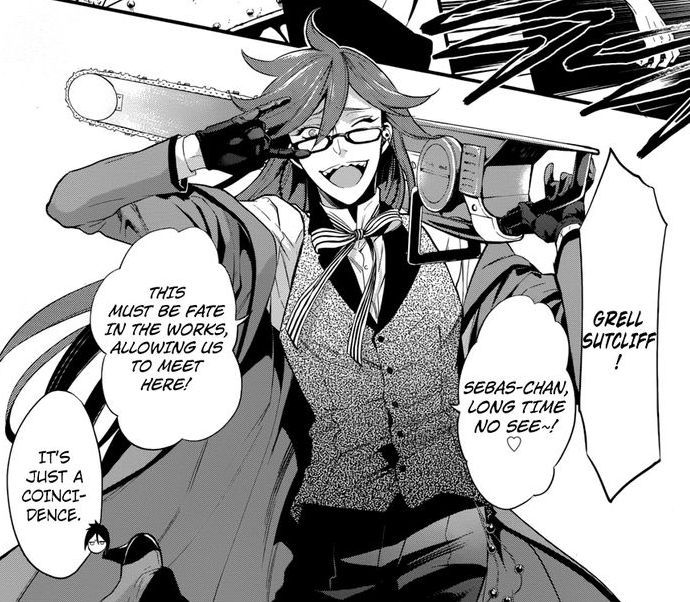 After that arc, she didn't appear again for a long time. In-universe, the explanation was that she was on probation for her crimes. Once she returned in The Campania, her constant sexual jokes were toned down; while she's still flamboyant and loves to kill, she's a lot better written now and it's always a delight when she's around... though it has been a few years...


Our Ciel Phantomhive:)
"Ciel" Phantomhive is a 13 year old who deserves better. 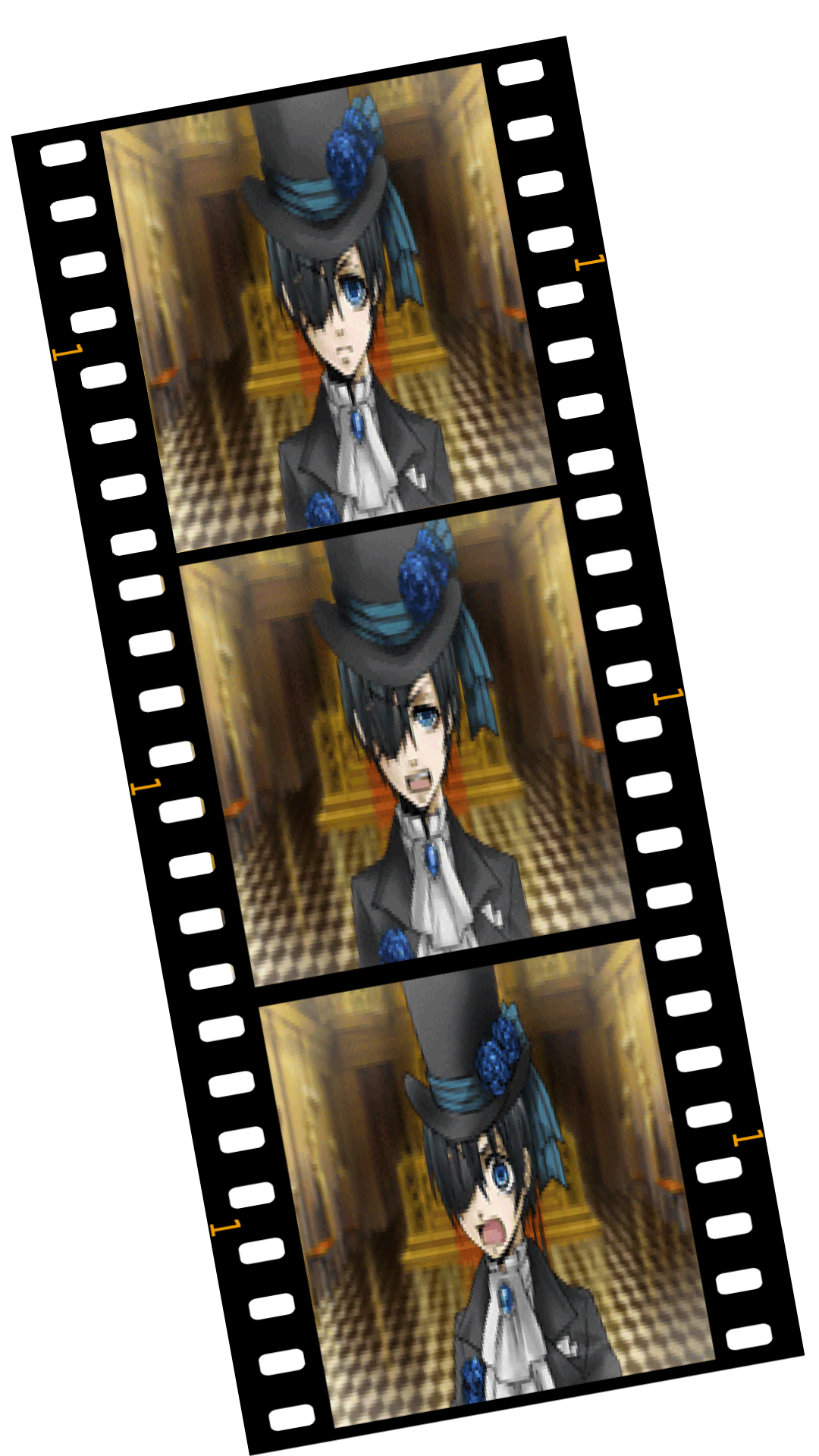 His entire family died in a bloody attack on the manor on his 10th birthday, he and his brother were sold into a child trafficking ring and forced into a satanic cult, and he watched his brother die as a sacrifice to a demon.

That demon was Sebastian, who, despite being Ciel's only semblance of a parental figure, is just a manipulative prick who wants to see the kid suffer until he finally eats his soul. 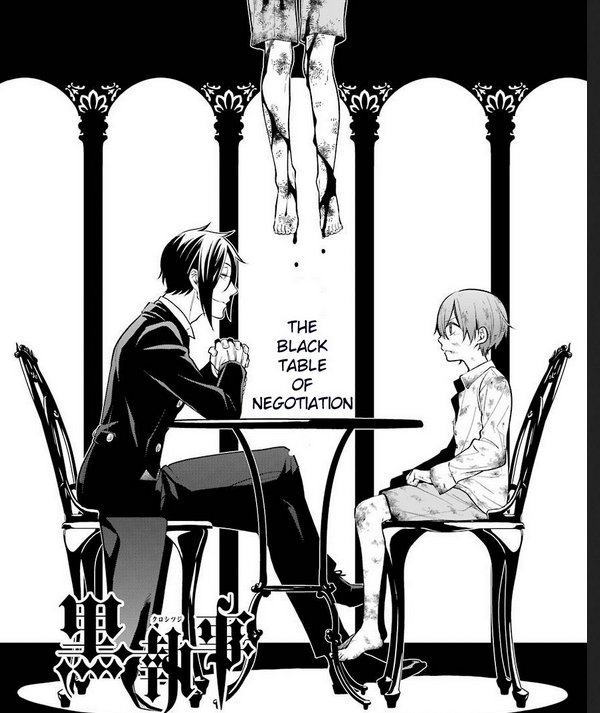 Ciel is very, very deeply traumatized. He has screaming nightmares, keeps a gun under his pillow and has taken to acting far older than he really is. This is partially out of necessity, as well; as a 13-year-old (only 10 when he first got back to his manor), nobody would take him seriously as an earl. Let alone one who is meant to do "The Queen's dirty work"- the Phantomhives are meant to clean up the criminal underworld of England. That's a lot for a child to do.

He is incredibly smart though- an avid chess player (the chess metaphors in this story will kill me someday) and incredible at the business-side of earldom as well as his 'other' responsiblities. He even started his own toy company as a way to get extra money (and make his childhood dream come true; but he'd never admit to that one).

Ciel is destined to die young- as soon as he exacts his revenge against those who ripped his life to pieces, his contract with the devil will be complete and Sebastian will eat his soul. This is something our boy has accepted. It's awfully upsetting to think about, though.

Kuroshitsuji
also known as Black Butler
is a series written by Yana Toboso about a traumatized, rich British child and his emotionally manipulative butler (who is also a demon).

This series is a mess. Do Not Watch the Anime.

Finnian is one of my favorite characters in this series, I love him so very much. He is also Gender. 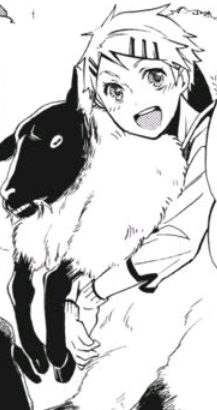 Raised in a laboratory and experimented on his entire life, Finnian gained his name, life, and happiness through working at the Phantomhive Manor as a gardener.

His superhuman strength makes it very difficult to perform his everyday tasks, but thanks to the help of Ciel, Sebastian, and the other servants he is working hard at controlling himself. 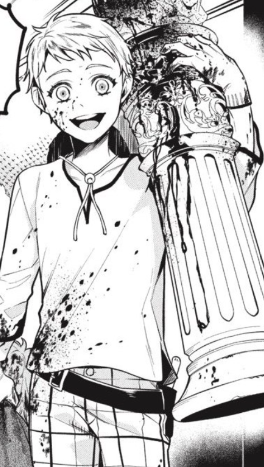 Finny was taught to read by Sebastian! He loves gardening because the idea that he could help life instead of just destroying is so important to him! He wears his heart on his sleeve and constantly has an air of childlike joy about him despite how horrible his circumstances have been!

...That being said he is still a crazy-powerful private soldier.

Doll is another one of my favorite characters in Kuroshitsuji. She's pretty much a perfect mirror to Ciel, right down to her left eye being hidden as opposed to Ciel's left! She lost the ability to use her left eye due to what is implied to be her parents throwing boiling water on her.

She ended up living on the streets of London a few years before the events of the manga, and ended up becoming a part of her own found-family there. Those children who worked together to survive on the streets- all with various physical disabilities, ranging from missing limbs to growing too much/not enough- were 'taken in' by a philanthropist and asked to start a circus troupe! 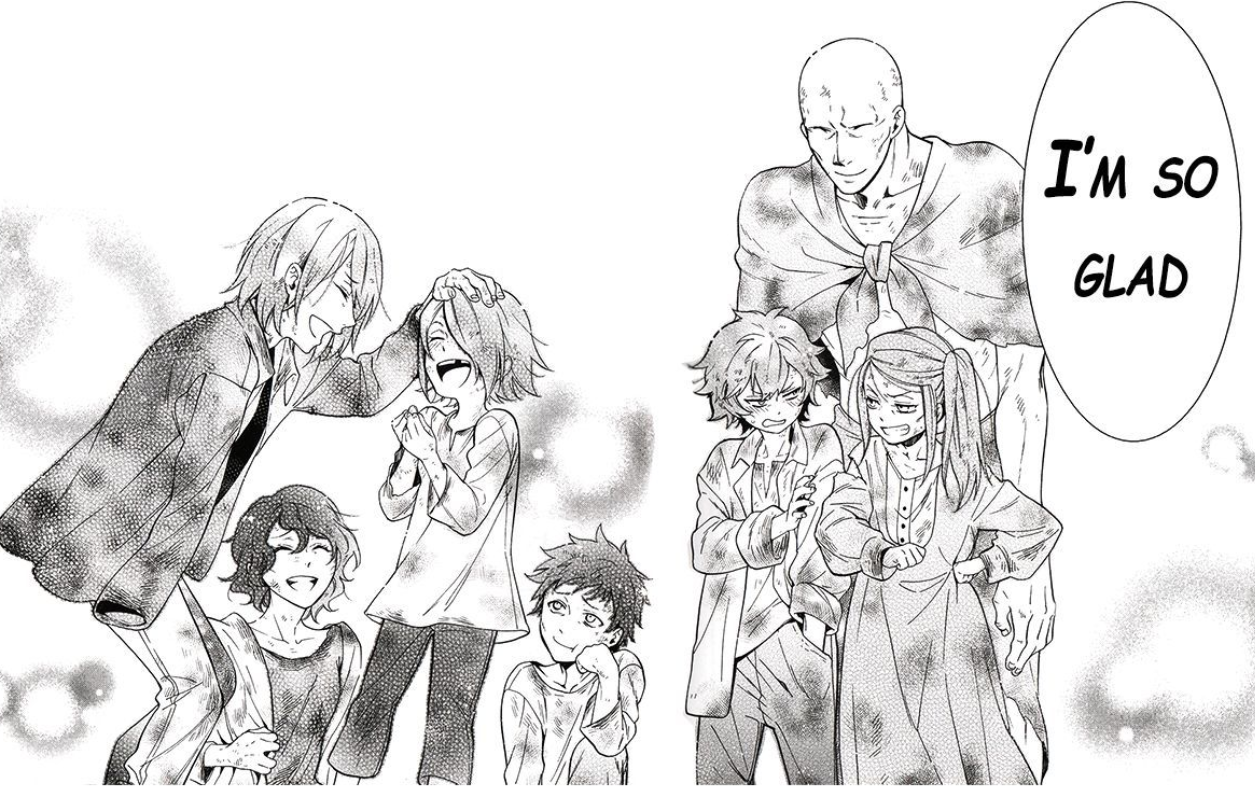 Doll deeply loves her found family, and struggles to be alone. She dresses as a boy most of the time so that she can room with newcomers to the circus, because 'first-string' members have rooms by themselves. 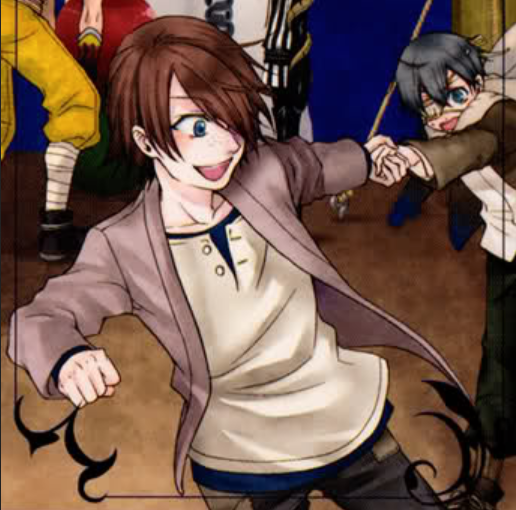 And she's so trusting of Ciel- she really shouldn't be, but she is. He's a kid, right around her age. They both are so unassuming, so frail. But Doll is forced to participate in murder and kidnapping at the behest of the twisted man funding the circus troupe, and Ciel is there to investigate. I really stand by the idea that under different circumstances they could have been friends.


I think Ronald Knox is attractive.