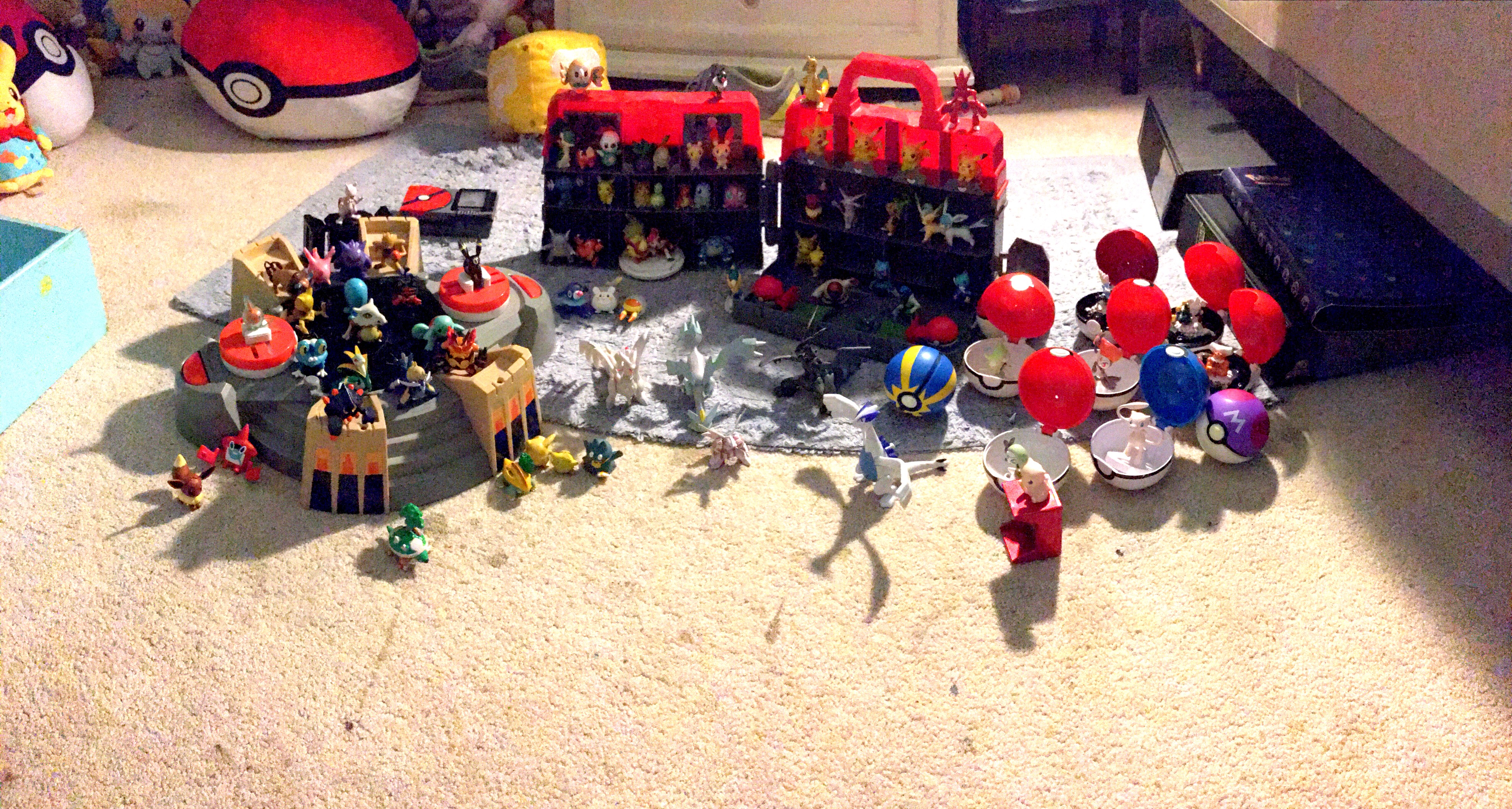 US TOMY Figures
As you can maybe tell, this is an insanely old picture, but I haven't gotten any more figures since I took it 3 years ago! These figures used to be a very big interest of mine, almost entirely due to the fact that my childhood friend and I made up an entire universe with them. We put these things at war. There were 8 wars.

I'm not gonna lie these dumb stories my friend and I made from ages like, 9-14 were the backbone of my mental state back then. I have documents detailing every single Pokemon's personality and alignment, written explanations of each war and motivations, who would change sides and why. I had a lot of art for this stuff too. You can't see it.

Some of these were bootlegs, but I really don't care, I have too many memories with them! And a lot more were broken in some way- not pictured in this image, since it was so long ago, but I did actually make clay prosthetics for some of my broken figures. A Riolu's tail, a Wooper's tail, an Infernape's arm, a Boldore's leg...
Some of the Pokemon figures here aren't really TOMY specifically. I have some squishy Japanese figures, and a McDonalds Lugia? But I consider them all the same. They're family.

Most of these I got in the Black/White era, both used and new. A lot I got from a big lot I found on eBay and in flea markets. The battle stadium lights up and makes sound and stuff, it's from XY- the Pokemon Center is pretty beat up but it was my favorite thing in the world when I was 9, lmao.
Ah, and the Pokeballs are almost entirely US TOMY as well. Most of them are pretty scuffed up. They also had lore significance, of course. As well as the Pokemon I lost (and therefore didn't list)- they died in battle.

To theh left you will see me attempt to document each figure I have as well as any nicknames they may have. :)